Happy to say that my single Find My Way 2 U hit #10 on 96.9 The Oasis this week. They also featured me as Indie Artist of the Month.

And Hazy (Remaster) climbed up into the Top 100 Soul/RnB on the iTunes charts in Norway, as well as #27 on the UK Soul Chart!

UK Arts Council funded music blog Trust the Doc said “”The story behind Canadian flautist Jef Kearns’ foray into the world of Soul and R’n’B is relatively recent. He has gathered quite a reputation in the Jazz world and recorded successful albums in that field before collaborating with Soul artists and now picking up the plaudits from the media for that work too. The latest of these collaborations is with Karen Jewels on the song Hazy. A mid-tempo, semi-funky groove with dreamy synths and harmonies allows Karen to showcase a yearning voice that’s like a subtly sweet syrup. She duly delivers a soulful melody and simple love song lyrics while Jef plays reverberant flute phrases above and around her. It’s sophisticated, smooth, and soothing. As the title suggests, perfect for a summer evening chill-out.”

I am in the studio and working on a new single set to be released in October. 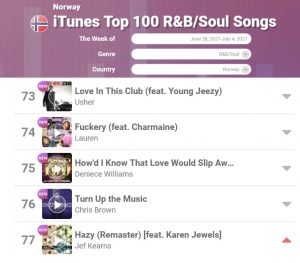 Be sure to check out this amazing popping to Hazy by Korean dancer Dokyun! Pay special attention to the story he tells with emojis. 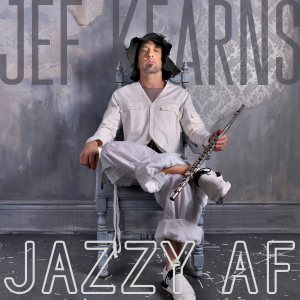 I have a new shirt design! Find your size and discover your style here! More designs to come. 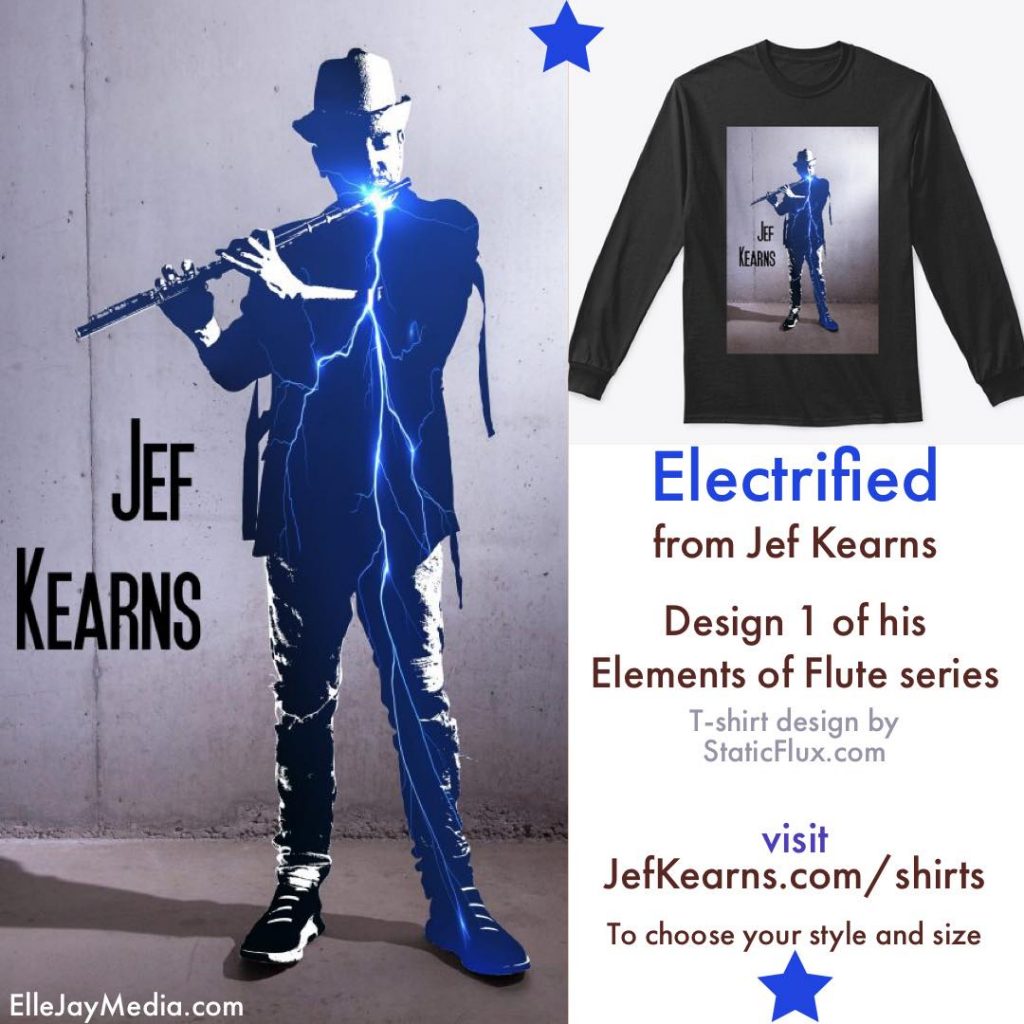 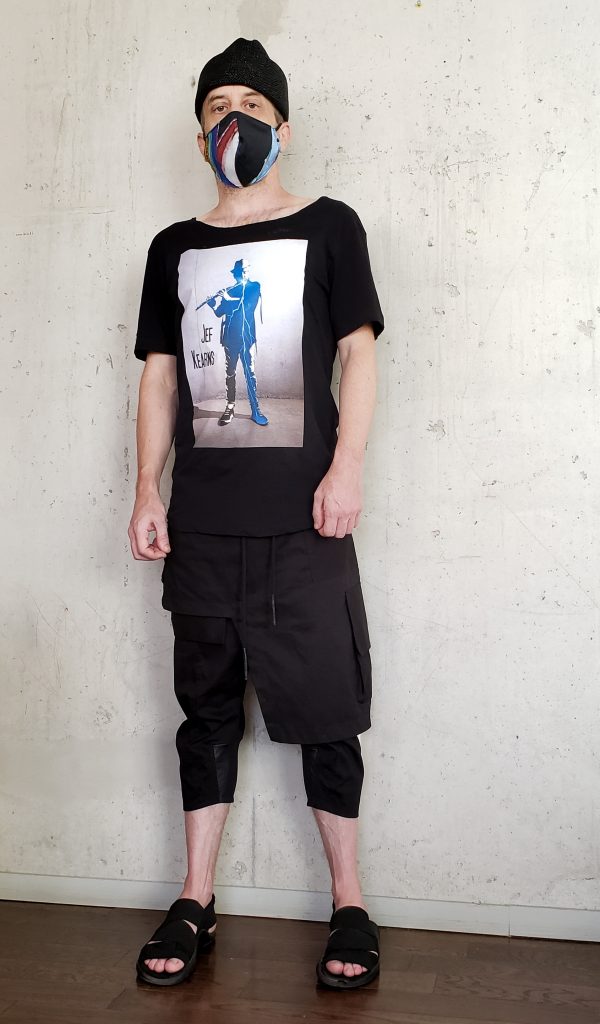 Jef Kearns’ latest release sees his flute “Breathe” new life into the song of the same namesake as well as his song “Don’t Make Me Wait” by adding a Chinese flute part performed by Lipeng Wu (written by Harlin Sun.)  Both compositions were a part of his Amazon bestseller album, Soulfisticated.

“These songs were originally written and recorded at a time when I lost one of the loves of my life. Don’t Make Me Wait could well have been truncated from ‘Don’t make me wait for you to come back.’ I wrote the melody to this song. Breathe is more of a near resignation to the loss with a slight lingering of longing for past romance. The vocalist on the original recording (Lisa Michelle) wrote the melody and lyric. I recorded this alternate instrumental version because that is how I perform the song at shows. I also wanted to showcase on record the emotion I attach to it from the situation I was in.”

Breathe releases on all digital platforms on March 22nd. 2019. 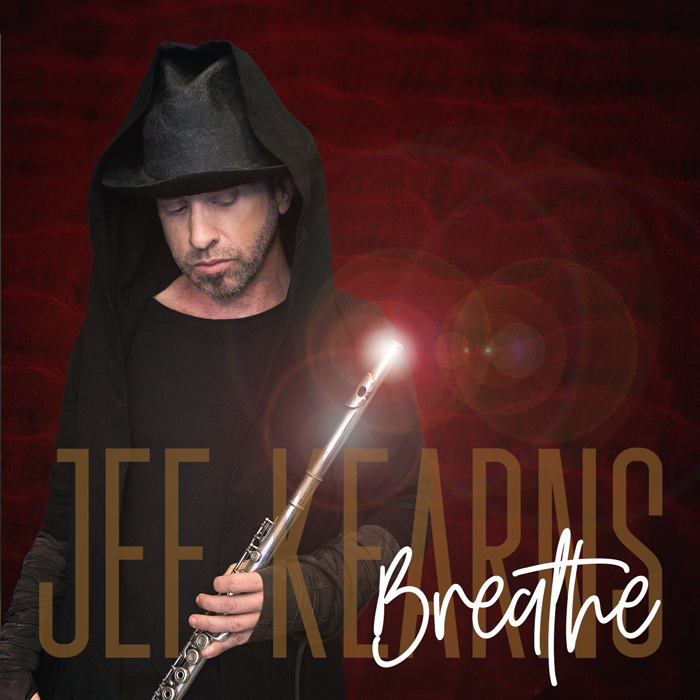 Flautist Jef Kearns is a rare talent. Featured in XXL Magazine for his cover of Warren G’s “Regulate.” An Amazon Japan best seller (alongside Janelle Monae) with his album of originals, Soulfisticated. Top 10 on the UK Soul Chart for a month with his recent EP, The Flute, and tweeted by the renowned Jamal Ahmed (WCLK, Atlanta “S.O.U.L. Of Jazz”) as “Probably the dopest flautist in the game right now!”

It only serves right that his first full production cover is of equally rare magnitude: the Beverly Hills Cop Theme “Axel F.” An instrumental that bested the usual “vocally dominated” charts for 19 weeks, reaching number 2 on the UK Singles Chart and number 3 on the Billboard Hot 100 in the US.

I’ve been performing Bollywood music at South Asian weddings for a few years now, and I’ve discovered that I love it!  Tum Hi Ho is requested often! I hope you’ll stop by and listen to a few more at Bollyflute.com

It’s an honour to be a part of these celebrations. Live music makes lasting memories for the bride and groom and guests.

I have been in my downtown Toronto Artscape artist loft for nearly 6 years.

This past weekend I added some finishing touches. I have finally reached a point where I cannot think of anything I would change or that “needs” doing.

The space reflects me completely; knowing I am the only one to ever live in it adds to the “mine” of it all.

END_OF_DOCUMENT_TOKEN_TO_BE_REPLACED

Recorded and composed live in the studio, Soulscape is a jazz-meets-hip-hop instrumental which could be likened to the darker, more sensual brother of George Benson’s “Breezin’.”

Soulscape is set to hit all major streaming and retail platforms on November 17, 2017.