Coast to Coast AM is the one radio show that has been a constant in my life since I was in public school. Syndicated on over 600 stations with over 2.75 million listeners a week I know I’m not alone.

It deals primarily with paranormal activity, conspiracy theories and guests who fall out of the box of what you’d hear from mainstream media.

I have always been a late night person and often put it on just to listen in the dark for hours until I manage to fall asleep.

It was a great moment to hear my name and my song being announced by a person whose voice has been such a part of my life. Listen to the featured song Groove Ballet here. 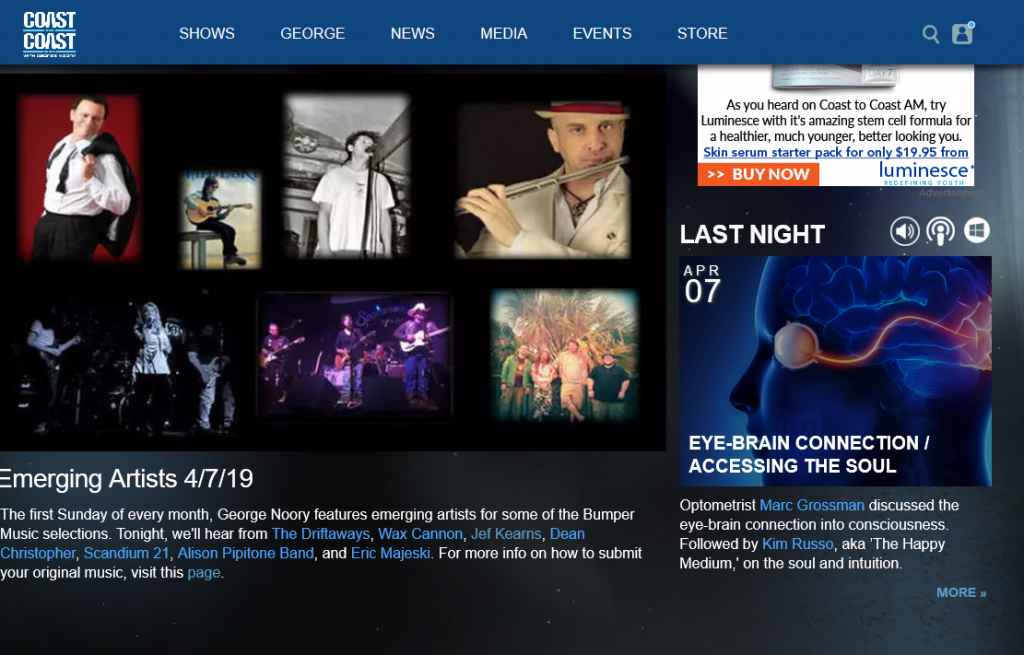